-From sowing to harvesting, from organizing ingredients to serving the table, work to create a happy life

Do it yourself, it must be delicious 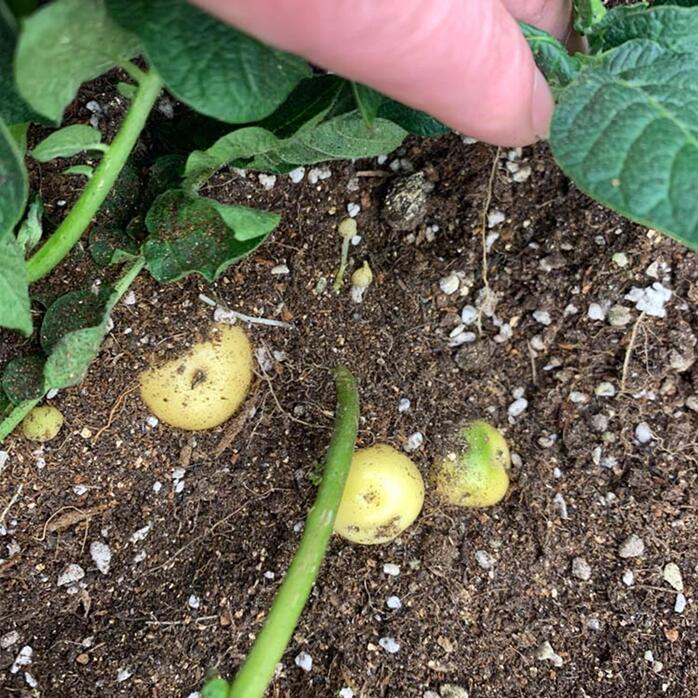 In my hometown, there is an ingredient, a very small potato, This is a small potato that does not grow up, the variety is Marco, (similar to or the same as Mira potatoes)

Different from the good-looking, big, but tasteless potatoes in supermarkets; Marco’s small potatoes, which are smaller than eggs, and their “small and exquisite” shape make them easier to cook and taste, and they are very convenient to cook. Once cooked, it is filled with the aroma of potatoes, soft, fragrant, and sweet.

When I was young, I liked potato bacon soup. Wash the newly dug potatoes and put them in a snakeskin bag, rub them twice, and then peel them for later use.

Cut a few slices of bacon, put it in the pan, fry a few times, then add the potato, stir fry for a while, add water and simmer without any condiments (the bacon has a salty taste), it only takes 15 minutes, and you can add some Chopped green onion, that delicious, can be called a classic aftertaste!

In October 2020, I suddenly remembered the memories of this young age. I bought some potatoes online. Because the season had passed, the taste was no longer there, so I put a few of them and planted them in planting pots as seedlings and put plant lights. Under the light, apart from watering and providing light, it didn’t take much care of it. It actually grew and Yielded potatoes 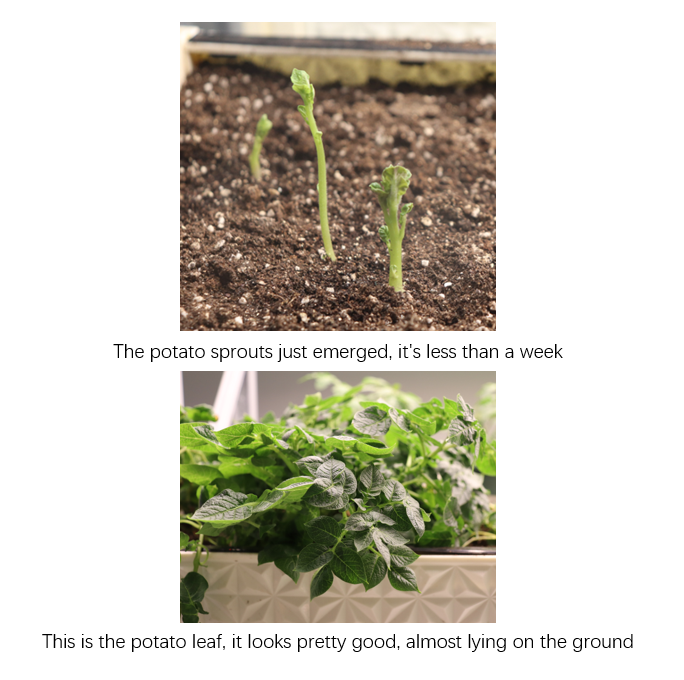 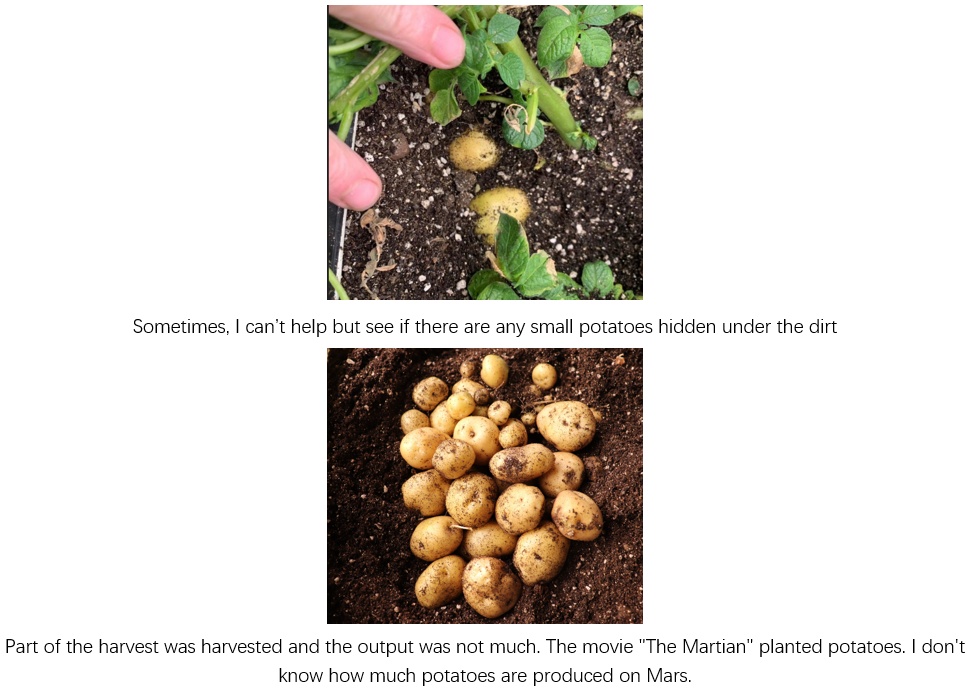 In January 2021, most of the potato beans and small potato leaves were withered. They were originally prepared to be dug out for the Spring Festival. Today, after the exam, the children specially dug out some of them to see if they can make the taste of childhood. 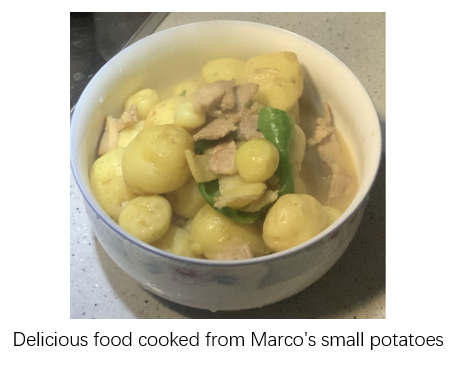 The old way is to dig out, wash, peel, turn over the refrigerator, but there is no bacon. Replace with ordinary meat. Heat oil to saute ginger and garlic, pour in meat and stir fry, pour in potato beans and continue to stir fry, put Salt, lean meat, the skin becomes browned, add water and cook for about 15 minutes, add pepper, chicken essence and other condiments, bring the soup to the pot, add green onion (coriander may not be liked by many people).

Tasting on the table, one bite can be a whole potato at a time. It is delicious and has a slightly reminiscent taste. This time, the three-month history of potato planting has come to an end. There are not many harvests, but in fact there are many.

Finally, some pictures and videos were missing during the planting process. During these three months, the planting was not complicated, it was just watering, and almost nothing else was done. The potatoes that had sprouted were buried in nutrient soil and 12 hours of sunlight a day. About 250-300umol/m2/s. Potatoes slowly grow up

I am an indoor grower, no matter how the external environment changes, whether it is windy, rainy, freezing or hot; as long as there is a space, I can find the joy of planting.