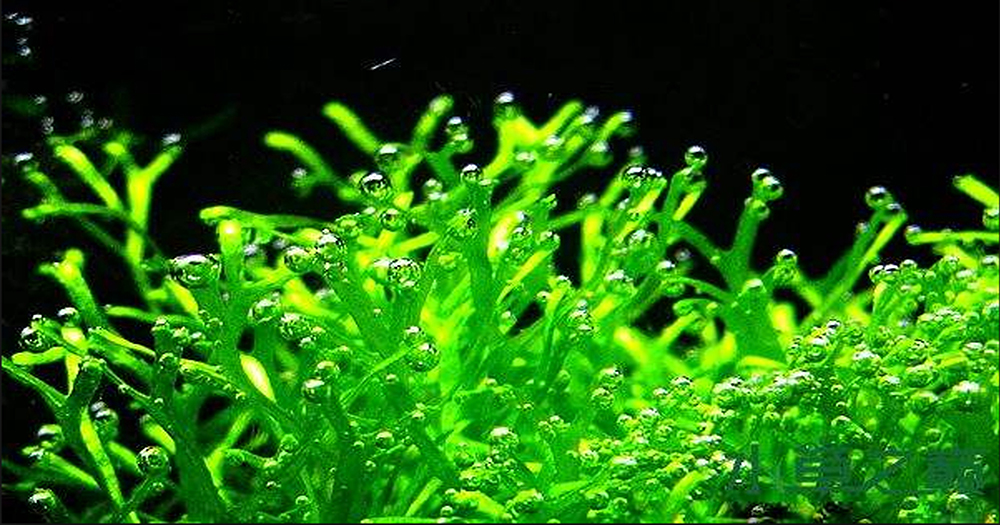 The photosynthesis of aquatic plants, we can almost see its breathing

DLI: is the PPFD throughout the day. It is measured in moles/sq. meter/day, or mol/m2/day

What is PAR (photosynthetically available radiation)?

Photosynthetically active radiation (PAR) is the range of light wavelengths that enables photosynthesis in plants. The actual range is from 400 to 700nm. It basically coincides with the visible spectral range of the human eye

which is roughly in the range of 300nm to 800nm. This part of the radiation is called physiological radiation. In addition to promoting photosynthesis, it also affects other physiological activities of plants.

UV-A 385nm-400nm has been shown to increase THC, CBD, and terpene production in cannabis plants.

Photosynthetic Photon Flux (PPF). The total light emitted by the light source per second (photons in the PAR spectral range). PPF tells us how much PAR is emitted by a light source. Measured in “micromoles per second” and expressed as μmol/s.

PPFD is the amount of light photons that hit a surface (your plant canopy) in one second. It’s measured in units called micromoles (μmols).  it’s the strength of the light that reaches your plants.

The light loses strength as it travels from source to endpoint (from grow light to plant). You’ll notice on grow light intensity charts, the PPFD numbers decrease with increased distance from the light.

What is the light compensation point (LCP)?

The Light Compensation Point, whose unit is µmol/m²/s, is the amount of light intensity on the light curve where the rate of photosynthesis exactly matches the rate of respiration.

What is the light saturation point(LSP)? 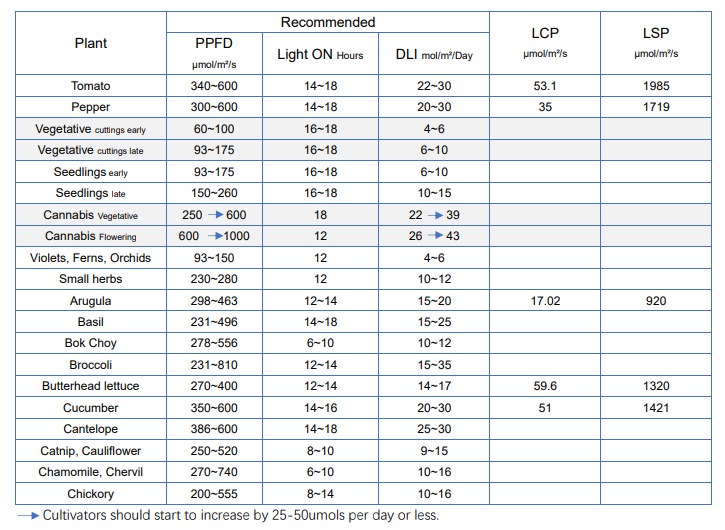 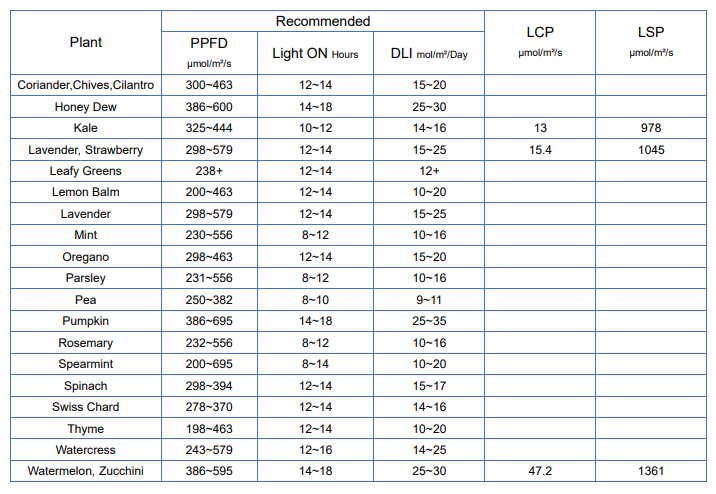